‘European MIT’ will look for innovators in food, industry and urban mobility

This article is part of a special report series: Innovation and entrepreneurship
The European Institute of Innovation and Technology (EIT) is opening a “new chapter” to overcome some of its early mistakes, and plans to expand by adding food, the digitalisation of industry and urban mobility to its priority areas for supporting new innovation projects.
Tibor Navracsics, wants a more 'open' EIT.
[EBS] 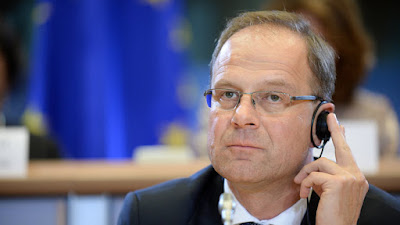 Originally conceived as a European version of the Massachusetts Institute of Technology in the United States, the EIT was founded in 2008 in order to support innovation across the EU.

But contrary to the centralised model of the US-based MIT, the EIT adopted a decentralised structure which is now under scrutiny.

“I hope we will overcome the barriers,” Commissioner for Education, Culture, Youth and Sport Tibor Navracsics told EIT members gathered in Budapest for the 2016 InnovEIT conference on Tuesday (26 April).


The Knowledge and Innovation Communities (KICs) were forged as the key instruments to channel innovation by bringing together higher education, research and business players.