Preventing authoritarian regimes from spying on their own citizens 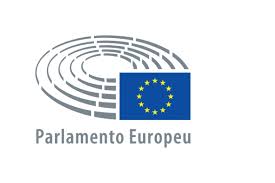 EU export controls will be extended on goods and technologies designed for civilian use but possibly used for human rights violations, Trade Committee MEPs voted on Thursday.

The EU is currently updating its rules on the export control of dual-use items to keep up with new technologies and to prevent authoritarian regimes from spying on their own citizens with the help of European products.

Goods and technologies designed for use in peaceful, civilian circumstances, but that can also be used for weapons of mass destruction or terrorist attacks, are already under an EU export control regime. The new rules would enhance ‘human security’, by adding certain cyber-surveillance tools to the list of items that need the approval of national authorities before being exported. These include devices for intercepting mobile phones, hacking computers, circumventing passwords or identifying internet users, as such dual-use items are widely used to suppress civilians, political opposition and activists around the world.

Trade Committee MEPs want to strengthen the protection of human rights and create a “future-proof” system that can rapidly deal with new technologies.