German, French and Italian leaders speaking in Davos have taken the high ground on Wednesday (24 January) to blast past business practices, which have prompted the resurgence of populism and protectionism, and said they were ready to reshape globalisation and correct the mistakes of the past. 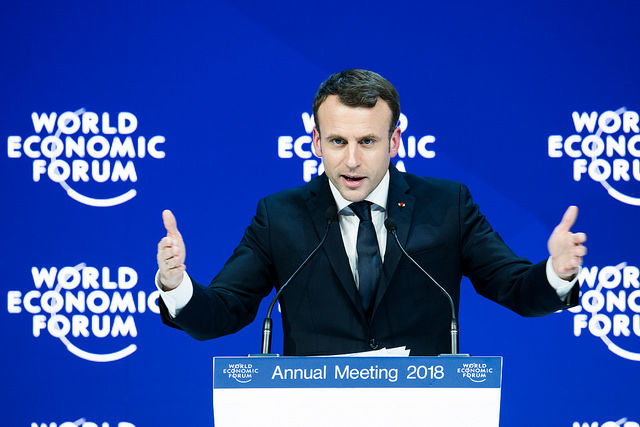 Lamenting that the world had forgotten the lessons of history as we are approaching the 100th anniversary of the First World War, German Chancellor Angela Merkel said multilateralism was under threat.

In what seemed a veiled rebuke of US President Donald Trump, expected to speak in Davos on Friday, Merkel said that unilateral action and protectionism are not the answer.

“Germany wishes to be a country that lends its contribution in the future to solve the problems of the world together, we think that shutting ourselves off and isolating ourselves will not lead us into a good future,” she added, hinting that an ever-closer European Union was part of the solution to the many challenges faced in the world.

Hours after Merkel, French President Emmanuel Macron spoke in front of a huge crowd in the Davos plenary room to echo the chancellor by launching a call for action to build a world that is both free and fair.
(...)
Publicado por: Jorge Frota às 09:32